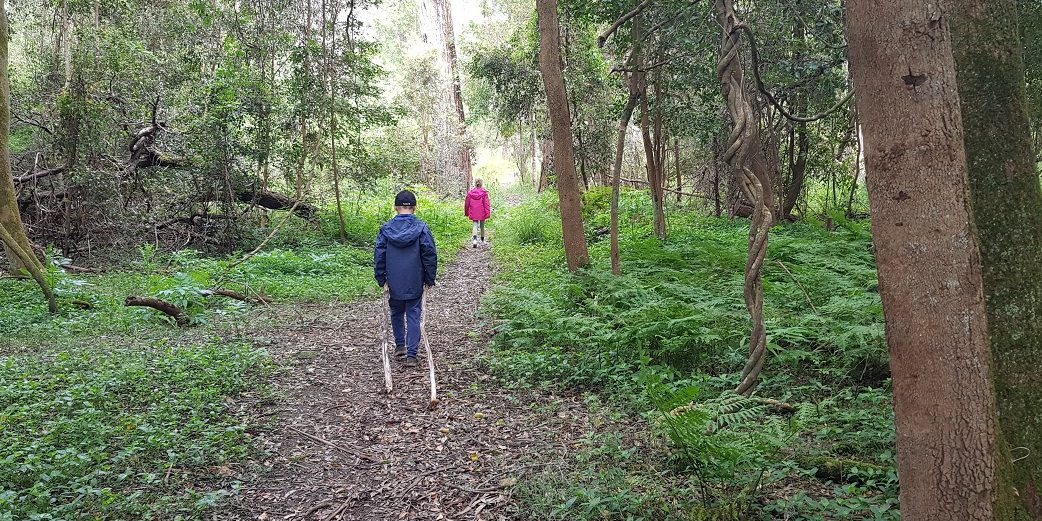 I’ve been using the phrase ‘other people matter’ for a few years now. It wasn’t mine. I borrowed it from the late Chris Peterson, one of the founders of positive psychology who wrapped up his life’s work with three simple words. Yep, you guessed it “Other people matter.” I’ve known it, lived it, and even understood the science behind it. But this week I’ve been really experiencing it and seen first hand the joy that comes with connection and the opportunities that connection brings for friendship, wisdom and sharing. 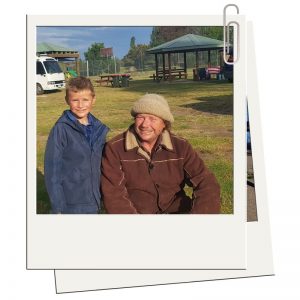 Today we met Neville. Truth be told. I assumed Neville was a loner, and that he wouldn’t be a fan of a noisy family. (I know, never judge a book by its cover… but let me finish.) Nev had a tough looking dog, a loud generator and seemed to be fixing up his home on wheels. But, it was a little rainy today, so we baked brownies. Because that’s what you do when it’s rainy and out in the bush. Part of baking in our family has always been to share it with neighbours. So, we took our brownies around to other campers. Which now includes people on the road like us in caravans, motorhomes, trucks or swags.

We met two lovely ladies, one of which was still in a tent at 70 something years old. (Now that’s what I call inspiring.) Then, we offered Nev a brownie. We got chatting and discovered he’d been on the road for over eight years and asked everyone over for 5 O’clock drinks around our fire. (Which has quickly become routine.) Neville has been everywhere and comes with a beautiful dog named Chips. There were two pearls of wisdom that he delivered.

Quietly gazing into the fire, he stated simply “this is how we are meant to be living.” 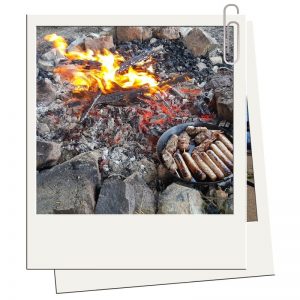 Yep, I think he’s right. We come from nomadic people, and sitting around a fire is so peaceful, so comforting, so beautiful that it feels like home somehow. Not an address, but like it’s where we belong. Perhaps it’s not even the fire, but the people. These strangers that we’ve known for a matter of hours, sharing with us their stories and offering us something more precious than gold. Their kindness and their time. It comes back to what I’ve been teaching. Other people matter.

As the conversation rolled on, we spoke about our experience of leaving home and he dropped his second pearl of wisdom. “You’re a minority now.”

Goodness. He’s right. I’ve never been a minority. I’m a white, educated, middle class female. I’m average in every way possible. We even have 2.4 kids when you count the dog. Yet, in the same way that I’d put Nev in a box, we also belong in a box right alongside him. 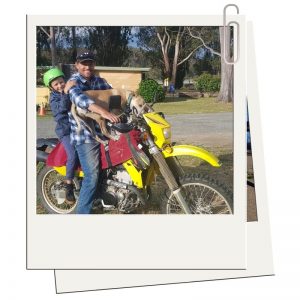 Now we are a minority. We’ve chosen to give up our home, a secure job, we’ve even rehomed our dog for the year. The choice wasn’t easy for us, and it was a long time in the planning. The call of freedom though was always there in the background. Knowing there was a better way to live than the 9 – 5 grind with kids in after school care and hanging out for the weekends.

So,  and how right this journey is for us at this time in our lives. After getting to know Nev (for a few hours at this stage), he offered us a ride on his motorbike. Seeing how much Dylan loves bikes, he generously lent us his, and Chips, his dog is part of the deal. We had so much fun with Nev and Chips and are starting to learn that seeing Australia is more than anything about the people we meet. As I’m writing, the kids are outside with Neville and Chips, just hanging out.

The Kindness Pandemic – How St Helens responded in our time of need
April 14, 2020

What is Positive Psychology Coaching and how does it differ from Life Coaching?
March 9, 2020

How nature enables wellbeing and what we’re doing about it
March 2, 2020

Why questioning your values is essential for happiness
February 2, 2020

Practicing gratitude with the family
January 11, 2020
Go to Top