Why are we so depressed? 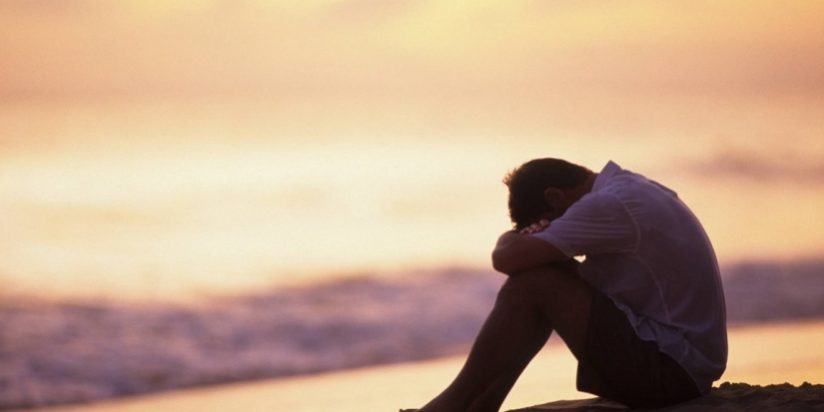 I’ve been thinking a lot lately about our societies unhealthy levels of depression, and I keep coming back to ‘why are we so depressed? The Black Dog Institute states that one in 5 Australians (aged 16 – 85) experience mental illness in any year. That’s a whopping 20% of our adult population that’s got mental health issues. One in Seven adults will experience depression in their lifetime. One in five women will experience perinatal depression (depression is diagnosed between their pregnancy and the infants first birthday). If you’re interested in the statistics, because let’s face it, the numbers are scary, here’s a brilliant fact sheet that the Black Dog Institute has developed.

The World Health Organisation estimates that depression will be the number one health concern in both the developed and developing nations by 2030. Why is our mental health so bad and why is it going to get so much worse?

I believe we’ve living in a golden era. Never before in the history of man have we experienced the levels of financial abundance, social support, ease of communication, relative peace and political stability that we have today. When I read historical fiction (which is my favorite genre) every country, every era, every culture has had a dark and turbulent time. There were famines, plagues, fires, disease, slavery, wars, dictators and the list goes on and on.

We live, comparably in a paradise, yet emotionally were much worse of.

My theory is that our brains have not yet evolved to the point where we can emotionally deal with all the new (relatively new in terms of evolution) elements of stress. Think back 200 years, how many things did we need to juggle or focus on at one time? If you’re a man, you focused on feeding and providing for a family (or finding a woman and making one). If you’re a woman it was washing, cooking, cleaning and raising the family. The roles were simple the expectations were simple and the incoming levels of stress were relatively limited.

Today we have our jobs, our families, our social lives, kids sport, kids school activities, bills to pay (not one but about 8 each month and then the surprise ones… like the vet) phone calls to make, news to watch, stuff to buy, people to see, exercise to feel guilty about not doing and the list just goes on and on! I believe a lot of the pressure we find ourselves in comes from being in a society that has a wealth of information but is very short on intuition. Take parenting for example. I read book, after book, after book to try sort out Laura’s crying and sleep issues. Rather than solve my problems, they added another complexity to the issues and confused me with their constant contradictions, adding to my stress rather than improving it!

We are constantly bombarded by marketing, being exposed on average to around 5000 media messages every day. Sounds a lot doesn’t it! Well, think of the TV, radio, bill boards, magazines, branding on clothing, cars, emails. I find almost every time I look around I could see or hear branding or advertising, that’s why I love being in nature so much! Our minds aren’t used to this sort of stress and pressure. Add in the fact that each media message is essentially telling you ‘YOU’RE NOT GOOD ENOUGH… unless of course you buy their product, in which case you CAN have the perfect life. And now and you get stress, compounding stress!

Think of starting your day stress free with open arms ready to embrace the day, then each message, each contact, each outing, appointment, email, shopping trip, social outing, phone call, everything…. is represented by a rock. Every interaction, you’re given is another rock. Some are small pebbles you hardly notice, some are massive boulders you have to take on. But you have to carry them around physically with you for not just the day, but until you find a way to deal with them, or get rid of them.

Sounds daunting doesn’t it. Well, I believe most of us are walking around trying like heck to hold on to all these boulders and wondering how on earth we even got them in the first place. No wonder depression is becoming an epidemic, it’s compounding stress upon stress, with no way out. But trust me; There is a better way.

When we refocus, priortise and have some down time, were able to consciously choose what rocks we want to pick up and what rocks we simply don’t need. The issue isn’t so much with the busy, busy society we live in, our challenge is how do we mentally adapt to it so we can thrive rather than simply survive. The first step is to become more self aware of when and how we’re picking the rocks up and secondly to begin to discern between the important and non important rocks.

It won’t change your life overnight, but it will gently shift your focus and give you a shove in the right direction. And that’s a good thing. Depression is going to impact all of us, the more we can arm ourselves against it the better. Good luck.

Stolen Focus book review– How our global environment is destroying your ability to pay attention
February 15, 2022

Get your FREE copy of Working With Wellbeing